The bike action around the world “Russia without orphans” will pass through Krasnoyarsk. 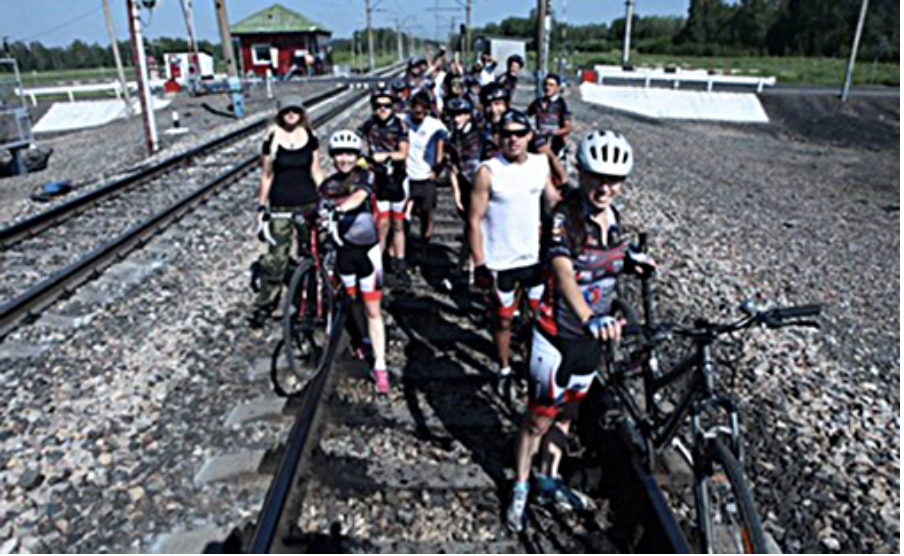 The partakers of the action “Russia and the world without orphans” have arrived in Krasnoyarsk. – They are the adoptive fathers from Ukraine with many of their adopted kids – altogether 35 of them – bikers of different ages. They have 5000 miles behind their shoulders – along Ukraine and Central Russia. This summer they are carrying out their third Russian and fourth stage of the bike action around the world - it takes place in Siberian region this time – from Yekaterinburg till the Baikal.

A head of the group is an adoptive father of 32 kids, a director of the Charity fund “Pilgrim” Gennadiy Mokhnenko. Gennadiy intends to cross the globe on the bikes alongside with the former street kids and now his adopted kids or the children from the center “Republic Pilgrim”. Their goal is to call upon the people to adopt orphans. The purpose of the initiators of the action is to propagate the family forms of upbringing, to form the positive public opinion towards orphans.

«There mustn’t be any orphaned kids since there are 1500 working grownups per 1 orphan. So it is possible in theory to find a family for each child. We want to discredit the myths about difficult adolescents – about bad genes, bad inheritance, and so on. I can talk from my own experience that even the most difficult kids can change on finding themselves in a good family. I used to find mine in sewers and on streets and now I am proud of them. 5 of them are champions of Ukraine in boxing, they ascended several very serious mountain tops and they have so much ahead of them”. – Gennadiy Mokhnenko shares.

Another partaker of the bike action is Eugene Isayev – he is an adoptive father of 11 kids, he and his wife adopted 7 HIV+ kids. Eugene himself doesn’t see anything super heroic in their action, he thinks such kids also have right to have a mother and father. By the way in his country, Ukraine, he and his wife, according to the public vote, were awarded with the state title “People’s hero of Ukraine” In each town where the bikers stop they perform showing different tricks on their bikes, tell their stories and have some press- conferences, meetings, workshops where they propagate the family forms of raising kids since the system of boarding schools and orphanages is a deadlock and profitless for the state according to Gennadiy Mokhnenko. It is better to spend money on the adoptive kids then on maintaining orphanages.

The Krasnoyarsk stage of the bike trip took place in the 20th of July. They will start from the bank of Yenisei river, and will stop by the central square to make a performance, the concert will include some surprises from the bikers. As well as from the children of local orphanages and from some creative groups of the city and from the “Yahont” band. During the concert those who would like to consult about adoption with some lawyers and counselors from the center of development of the family forms of upbringing will have such an opportunity.

«Olga Ambrosiyeva, a head of the center of development of family forms of upbringing” noted that such kind of actions really contributes to the solution of the problem of orphanship. As soon as Mass media shows a child the potential adoptive parents show up. The very first step is so important. Sometimes we get the letters from the orphans in our center – they ask us to help them to find a mother and father for them. And we must do whatever we can to persuade people not to be scared of adoption”.

« There are 16000 orphaned children in Krasnoyarsk and 90% of them have become orphans with their parents alive. 12000 live with their guardians or adoptive parents. 4 thousand – in orphanages. I fully agree that the genes are not really a big deal, all the children are difficult no matter orphans or home children, we just need to love them. All the publicity should pay much attention to the problem”, – the head of the department of guardianship and adoption of the Ministry of education of Krasnoyarsk area Galina Dolgikh supported her colleague’s opinion.