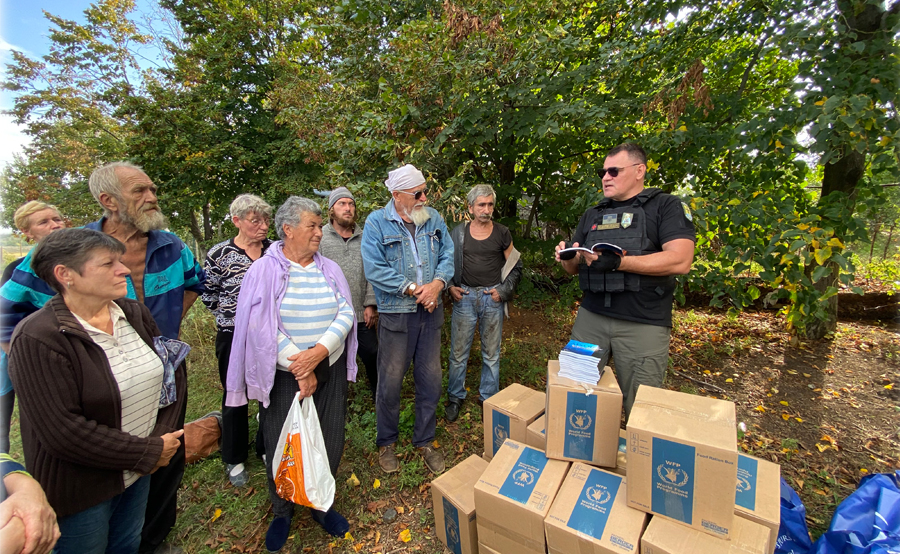 Since the opening days of the war, Gennadiy Mokhnenko, a chaplain in Ukraine’s military, and his band of brothers have rescued thousands trapped between Ukrainian and Russian forces.

“Right now, this is a very dangerous place,” Mokhnenko told Christian Broadcasting Network (CBN News). “Every time when we evacuate people, there are shootings and explosions.” For now, though, Mokhnenko’s main concern is to get as many of those stranded out.

Mokhnenko’s team work quickly to get civilians into their convoy of vans and buses. They also unload food, water and other essentials for those who’ve decided to remain behind. The majority of those leaving are women, children, and the elderly.

Recently, part of Mokhnenko’s team headed further east to deliver more humanitarian aid. In the town of Huliaipole, they came across an underground bunker where 38 adults and six children have lived since the war began on 24 February. The group included a newborn baby, Veera, who was born in the bunker the day the war started.

“Of course, it’s not been easy, but where are we supposed to go?” said one resident of Huliaipole to CBN News. “There is constant shooting outside, it’s scary outside, and we have small children, so we hide down here.”

The town of Huliaipole is the frontline in the eastern part of Ukraine. Shortly after Mokhnenko and his team’s supply distribution, the Russians launched an artillery shell that landed not far from their convoy.

“This is really crazy,” said Mokhnenko. “When you have moments like this, your hands shake, your heart is beating, it’s not easy.”

Despite huge risks, Mokhnenko told CBN News that he’s doing exactly what God wants him to do at this time.

Pray for safety over Mokhnenko and his team as they continue to bring Ukrainian civilians to safety.
Pray for courage and God’s provision over those who remain behind the frontline.
Pray for peace between Russia and Ukraine and that all those who have been displaced by the war can be resettled.