Around the world on bikes for the sake of orphans – for them to find families. 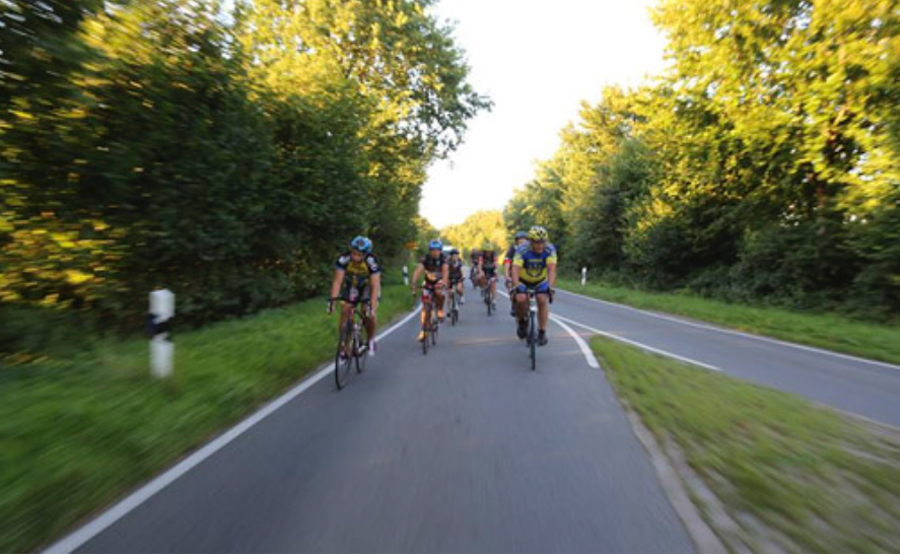 The team from Mariupol travel around Europe to attract the attention to street kids. The bike action was initiated by the priest of the Pentecostal church Gennadiy Mokhnenko. He went to the worldwide bike tour alongside with his adopted kids. “It is so unfair because there is a thousand of families for each orphan in our country” – states Gennadiy Mokhnenko who is the adoptive father of 32 kids and 3 biological ones.

The cyclists are in Sweden now and then they will head to Denmark. It is almost 3000 km on their counters since July 5th. The bike tour had started in Kiev; their route lay through Warsaw, Vilnius, Riga, Tallinn, Helsinki, Stockholm. There are some more European countries ahead of them. The action “The world without orphans” has had 4 stages, the one that is going on this summer is the stage No 4. The cyclists rode around Ukraine, part of Europe and Russia (from Moscow to Vladivostok). Every year the partakers overcome the distance of about 1000 km.

“ We ride around the Globe with my adopted kids and some more kids from other families  encouraging people to adopt« – shares the initiator of the bike action Gennadiy Mokhnenko. There are many myths and prejudices about adoption. Our action has a motivation to destroy them. We have held hundreds of events: we perform in concert halls, churches, at city squares – wherever there is an opportunity to impart our confidence that all the children must have families instead of living in orphanages. We use all opportunities for the spreading of the dream about the world in which every child wakes up and hugs their Mom and Dad instead of breech cushion”.

There are 20 people in the team plus 5 people of the support team.  They ride 140 km a day and at times 200 km.  The concessions are only for the youngest partakers of the team – the 2 adopted kids of Gennadiy Semion (and Daniel ( 11). On their way the guys found new friends, caught their first fish and learnt in several languages the phrase “The world without orphans” that they chant everywhere.

They ride along the route they had planned beforehand. They arrange to spend nights in local schools, churches or private homes.

“We declared our goal to ride around the world on bikes when we didn’t have ones.  But some people helped us to buy them. We are not ashamed to raise funds daily during our performances for us to have money for gas for our vehicles of the support team. We have no big sponsors but for instance a professional cyclist Vladimir Efimkin with his friends bought us our cyclist sports’ uniform” – Mokhnenko shares.

People stop being scared of the word “ an orphan”

Gennadiy Mokhnenko has to do with street kids for 20 years now. They were living in groups not too far from his church in abandoned sewers. The priest was feeding them and later they began to stay in the church for a night. This is how the center of children’s rehabilitation ‘ Republic Pilgrim” was born, it is the largest such center on the territory of the former USSR. Over 3500 kids of the most difficult social category had gone through the center.

“Those were the kids of drug addicts. When we were taking them from streets we realized that it won’t be the best solution to just bring them back to a state orphanage, – Gennadiy recollects. The best solution is to find them families. I have 32 adopted kids. Such families are quite a few in our church: one family adopted 11 kids and 8 of them have HIV+ status.  The adoption has become a part of our culture even though my example is not to be followed. The greatest injustice to my mind is that there is 1-2 thousands of families per one orphan in our countries. The most horrible monument of the soviet past is not  Lenin statues but big orphanages, with all my respect”.

Gennadiy hasn’t been counting how many kids found families but he has quite a few stories of how people stop being scared of the word “an orphan” and become parents for disabled children or HIV+ kids. In Poland they met a family who previously had heard the speeches of Mokhnenko and decided to adopt 4 kids. In the Russian city Samara one woman became an adoptive mother for 5 disabled kids.

The journey of the Mariupolites will finish in September 1st in the German town called Bochum. They will leave their bikes there in order to start their journey from that point next year. They have 10 more European countries and America ahead of them. Not later than in summer of 2019 they former street kids will finish their worldwide bike action.