Edward Temniy , “When I was tortured in a jail cell, I saw a light path and Jesus that walked toward me.” 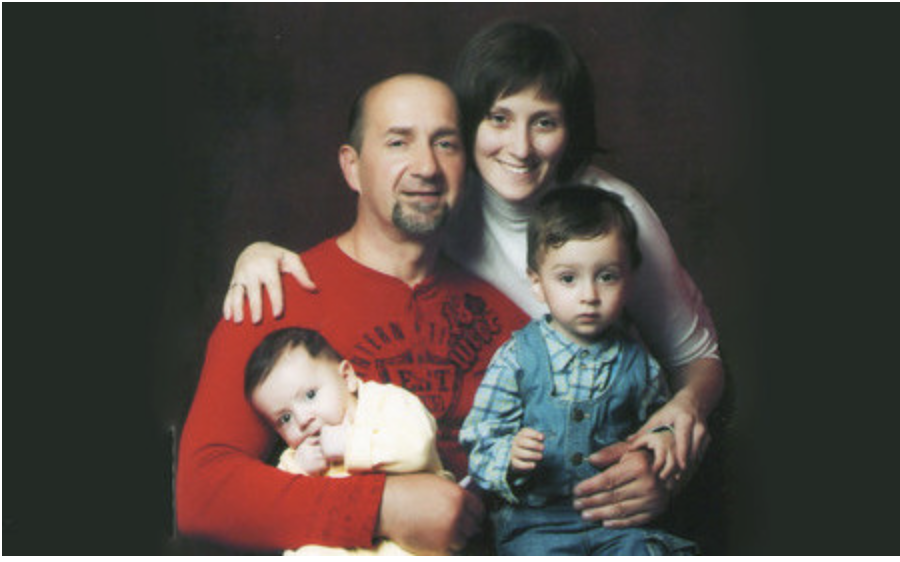 From the earliest years Edward Temniy lived in a constant search, because of what life was like a Hollywood action movie, he always did what he wanted, never worked, and lived off the perfect crime. All the while he was searching for some meaning or satisfaction, but found nothing, until he came to God ...

When  Edward was 12 years old, he  ran away from home, participated in serious fights, broke legs and smashed  heads – he always wanted to have a drive in life. At a regular social service commission for children they gave him a ticket to the  “future”: At 14 years old, he had to get in the closed facility – a kind of prison for teenagers. But the boy did not get to a place, he ran to another train and arrived in Vorkuta (Russia). However, the romance of the north was too much for him, he was soon tired, and  return to Mariupol. Already matured, Edward began his dissolute lifestyle, restaurants, bars, drugs. To obtain all of the pleasurable things you need lot of money, he started to steal, rob, cheat people.

At age 16 he first went to prison for two years. After serving his sentence, he returned to his hometown, he continued to use drugs and commit more serious crimes. In between the criminal activity he got married, set in prison for another three years, and even had a baby.

In 1985 he met one person , a magician. For 15 years thery were friends , they made common scam, tricked people, for which Edward later received next 6.5 years.

Edward Temniy: ” From my childhood Iwas searchingfor something, but did not know what or who it is, the diversity of my life – it was to find something. I did not want to commit crimes, to maintain such a lifestyle, drugs 20 years … It was because I was looking for satisfaction,  was not able found. “

In May 2000, Edward Temniyentered the door of the church, and from that day his life began to change. Edward’s first service was children’s Sunday school. Eddie found a common language , and was very good with children. But after a few months began to ascend the old sins for which he has not yet responded. The first time he was taken to the police right from the church. When he was taken away, pastor Gennadiy  said: “What can I do you recommend? Stay with God! “.

Edward Temniy: “On the way to Donetsk for the first time in my life my soul cried. I found exactly what I was searching for! And now I was taken away from this, and if I enter a jail cell, I’m going to becomethe same such as before … But God had other plans for me! “

Edward was taken as an especially dangerous recidivist, should have given a life sentence, but from that moment, God began to do incredible miracles in his life. Five days later, it just kicked out of the Donetsk police department.

Edward Temniy: “It was a night in December. I had no money to get home, but God took care of it, just passing the man gave the required amount for a bus, and then God spoke to me to get off one station. I saw another bus and went there, and there was my friend, he drove me to the Mariupol and I returned to the Church. “

Edward continued to serve in the “Church of Good Changes” for11 months, but later he was again arrested and taken away to Donetsk.

Edward Temniy: “Where I first met Jesus. When I was tortured and then I kept losing consciousness, then regained consciousness, I saw an amazing picture, I saw our earth from space, saw the darkness around the earth and a light path that Jesus walked. I said to him: “Lord, you suffered for the sins of others, and I am now for mine,” and he replied: “I love you.” When I woke up, I kept repeating those words again … I was released and went home. “

The return again  was not long, past life caught up with Edward again. After 2 months near the “Pilgrim” he met his girl friend, she gave him a small package. As soon as he took it in his hand (in the package had a gun), he immediately was arrested by OBOP officers and took him away again …

Edward Temniy: “I knew I was responsible for my old sins, but for those two years that I was in the church, God has strengthened me and gave me an understanding that, wherever I was, He is everywhere with me and will never leave me. “

Edward went to prison for 6.5 years. He was sent into the most horrible area where famine reigned and prospered drugs, in that prison2-3 people would died per day, and for a year and a half starved nearly 300 people.

Edward Temniy: “Here, God gave the revelation in a dream I was standing before the throne of God and held the girl in my arms. I realized that this girl – the Church that will be planted here. “

Soon after Edward opened the church in this prison, and in two years it grow for about 300 people.

After 4.5 years serving he was released relatively early, then this prison was disbanded,  and prisoners were set to  all other prisons of Donetsk region, werethey began to open new churches and prison ministries.

After his release Edward began to attend and serve in prisons and jails throughout all region. Now in the charity fund “Pilgrim,” he leads a prison ministry, every week he visits, with his team, 8 different prisons, were over 300 people listen to sermons, worship God, repent, accept Christ, and got water  baptized, commiting to serve the Lord. Also, with the fund “Pilgrim” Edward opens adaptation  centers for brothers and sisters who are released from prison.Edward Temniy:“We will serve as written in the Bible:” In Jerusalem, Smaria  and to the ends of the earth!”