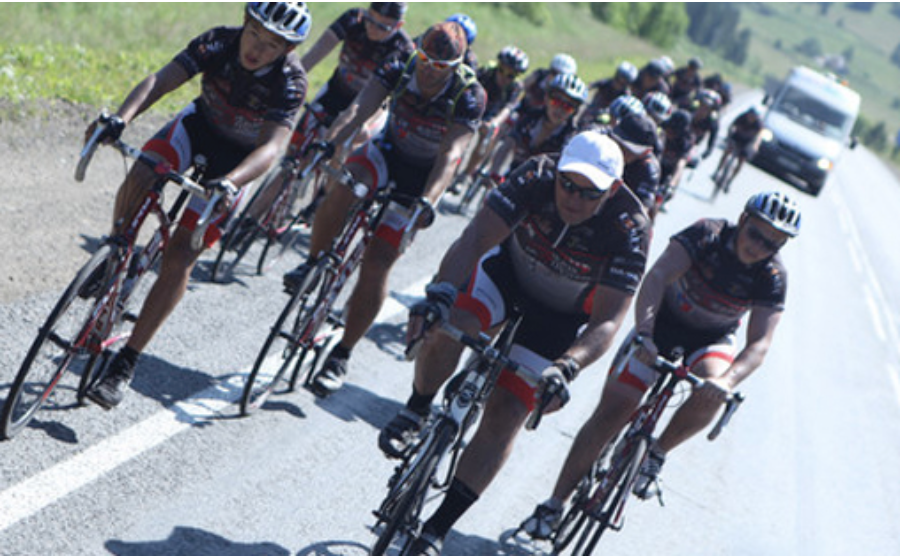 Mariupol former street kids from the center of children’s rehabilitation “Republic Pilgrim” performed another feat: within 48 days they rode 3100 miles of Siberian roads taking along their dream and the call to not be scared of adoption but to adopt to go to orphanages and take kids from their into the families

Unprecedented event – kids who used to love in sewers, those3 with HIV + status, ride around the world to tell all the Earth that they shouldn’t be afraid to adopt orphans. 6200 miles are already behind their shoulders – the adopted kids with their adoptive parents rode around Ukraine and Central Russia and the Urals and the entire Siberia.

The third stage is the largest for now. 3100 miles were ridden and they went through many large Russian cities such as Yekaterinburg, Tyumen, Omsk, Novosibirsk, Krasnoyarsk, Irkutsk, Baikalsk (The Baikal Lake).

Pastor Gennadiy Mokhnenko, the President of the fund “Pilgrim”, the adoptive father of 32 kids: “Our kids have already made a great achievement, they would ride 75-100 miles a day through storms and rains, winds and mountain passes, the roads were horrible at times – not all adults would be able to do that. When we rode 1860 miles at this stage of our bike trip and when we arrived to Krasnoyarsk we were suggested to stop there but when I talked to my pilgrims they said they were not going to give up. So we managed to ride 3100 miles till the very Baikal lake from where we are going to continue our bike action next year. I am sure that the Christians all over the world can take part in this movement. We were given such verse in the Scriptures: “Religion that God our Father accepts as pure and faultless is this: to look after orphans and widows in their distress and to keep oneself from being polluted by the world”.

At the moment when we were so exhausted and had hardly any strength to keep going people online started supporting us sending us their pictures with the symbol of the bike trip – heart miles. People would send their prayer words and blessings for all the partakers, they were thanking God for the miracles and revelations they see when the action is in their city. Hundreds of Christians were partaking in the bike action financially.

Pastor Gennadiy Mokhnenko: “People were writing to us encouraging words and they were asking us to keep riding and not to stop. We received hundreds of photos from ordinary people, from pastors and churches, from celebrities of Ukraine and Russia, from athletes, from Olympic champions, musicians, journalists, actors etc. The pictures were sent from different continents and countries. It inspired us so much. We could see that our call reach hearts of people and it strengthened us to keep going”.

Russia takes an active part in this world wide bike trip. In each city or town the team of bikers from “Republic Pilgrim” was met by local bikers and just local people who prepared concerts, and different public meetings and meeting with city governments and governors, as well as press- conferences dedicated to the problems of orphans are being organized, pastors would make a special prayer for all orphans At such events people could hear real stories and testimonies of the kids who were adopted. The committees are still being organized at different churches which will consult and support those families who come up with the decision to adopt an orphan. Even while the bike trip is still on pastor Gennadiy receives daily many letters from people who express their decisiveness to adopt a child. Some of families decide to adopt several kids at a time.

Gennadiy Mokhnenko: “They wrote to me that our kids, our bikers helped them to overcome the fear before adoption. They say now to them – why not – we know for sure that we should adopt. And just for this reason we are ready to keep riding our bikes and to tell everybody that it is worth it and it is possible and real and necessary. We kinda create a culture of adoption if you like. The facts say so”.

The facts are saying that by now about 200 kids could feel the happiness of real family. Almost every day the initiator of the bike action Gennadiy Mokhnenko gets letters and photos of happy parents and kids. Besides, Gennadiy is convinced that thousands of grownups have made a decision to adopt and started taking steps in making papers for that: some of them go straight to an orphanage, some apply for the class for adoptive parents.

In 2014 the pilgrims are planning to get from the Baikal Lake to Vladivostok – the furthest point in Russia in order to finish the Russian stage of the worldwide action. In 2015 they plan to ride through Alaska towards the West Coast of Canada and the US to LA. In 2017 the bike action will be over when they cross Europe and finish in Ukraine from where they had started.