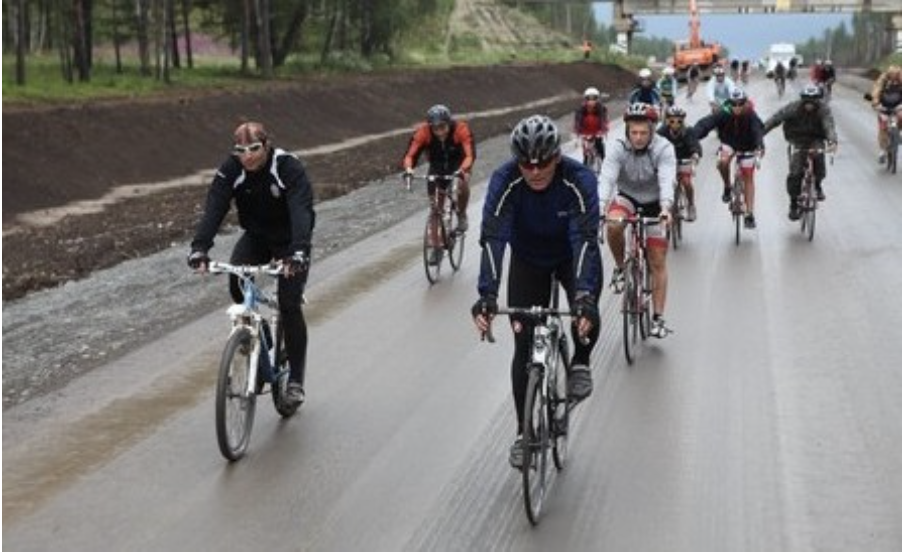 Today Kansk was visited by the participants of the international bike trip “Russia and the world without orphans”. This action is unique because among 40 participants there are kids who used to be street kids and now they are adopted, and their adoptive parents ride the bikes alongside with their children. They have ridden 5000 miles by this time and they have the city of Baikalsk ahead of them! Their main purpose is to tell the entire world that it is not that difficult and scary to adopt a child.

The bike action “Russia and the world without orphans’’ has already got to the Guinness Book of records”. The children had started in their local town – Mariupol, Ukraine and rode through the entire Ukraine. They plan to have their next stage in Alaska, the US and then Europe. But it is not for this year. The action is for 7 years, 5 of those years are still ahead.

Ronam Mozherin, a coordinator of the bike action “Russia without orphans”: “They guys are riding in a very well built column, their bikes are very good. These bikes are the gift from a former member of the joint team of Russia. They also have a professional uniform; they are in a very good professional shape riding 75-90 miles a day. I have never ridden such a long distance on a bike. My task is to escort them from the border of Bogotol to the border of Nizhneingash area. They are really great guys!”

In each city the guys have a special program: the y meet with publicity, have different press-conferences and workshops with representatives of different confessions. A head of the team is an adoptive father for 32 kids, a director of the Charity Fund “Pilgrim” Gennadiy Mokhnenko. Even the most difficult children who find themselves in loving families get better, – according to Gennadiy and he shows this truth on his own young examples, as for instance his adopted son Sergey.

Gennadiy Mokhnenko, a director of the Charity Fund “Pilgrim”, a partaker of the bike action: “When I looked into his eyes and saw him looking at me I realized if I say No, he has no many chances in his life. His story is sad. I asked them: “Why do you want me to adopt him?” They said – He is a very difficult child. He had started drinking since he was 5 and he did it almost every day. We had some sorts of misunderstanding with him at times but now he is doing fine, and he is a part of our team in this action! Such a great guy!

The boys share that Siberia was meeting them with much hospitality but mosquitoes and gadflies were hard to overcome. Slava Smyslov concluded that the goal of their bike action is so important that they tried their best not to pay much attention to such hindrances as insects.

Slava Smyslov, a partaker of the bike action “Russia and the world without orphans”: “We saw many wondrous and mysterious things on our way. Also it was so pleasant to see how many people in different town and cities were meeting us, and they shared with us our dream – for each child who is an orphan to find a family”.

After each stage of the bike trip the guys receive many letters with gratitude for what they do for the sake of the dream from those whom they met on their way. After the stages are over they plan to publish a book about their adventures and for now a film crew is making a multi series movie about them.