Mariupol good changes on the Equator 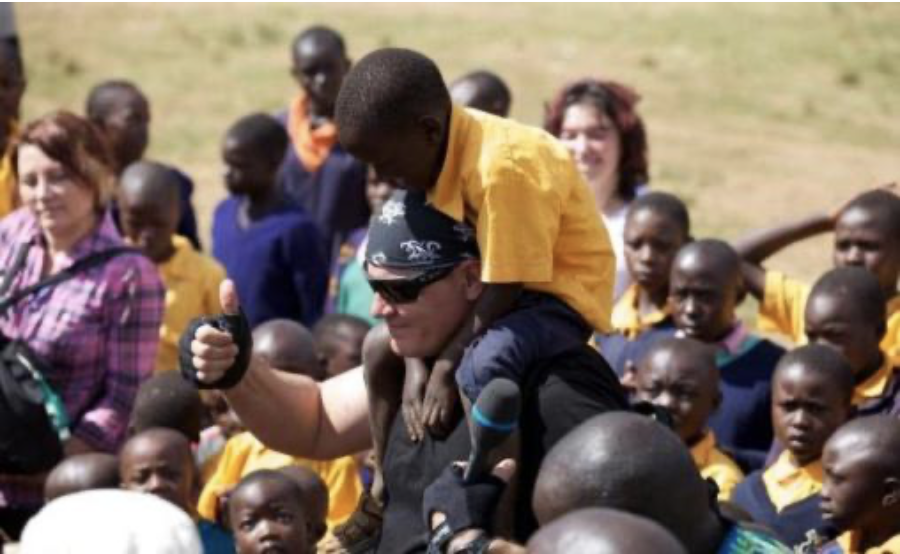 In January 2012 took place, the third trip of the team of volunteers at the equator in Kenya. Thirteen people from Ukraine, Russia and the U.S.for10 days worked in the poorest areas of Kenya, helping children to survive in conditions of total poverty.

This is the third trip of pastor- pilgrim Gennadiy Mokhnenko to Kenya; second and third time with him was able to go a big team of volunteers. The missionary team was formed from: a builder, a veterinarian, surgeon, photographer, student, social worker, manager, lawyer, youth minister, a shelter worker, interpreter, – that was a very diverse and fun team. The main purpose of the trip was to help homeless and abandoned children in the poorest areas of African continent, support the work of Christian orphanages, schools, hospitals, missionaries, who work on the site. Gennadiy Mokhnenko is a head of largest Ukrainian Center for Pediatric Rehabilitation “Republic Pilgrim”. Extensive experience of working with street children gave them the opportunity to share their experience with ministers in Kenyan. Kenyan orphanages are filled with abandoned children. That was also one of the main objectives of the trip.

For ten days the team was able to do much. For the shelters missionaries bought new beds, assisted in repairs of toilets, and bought a few cows in the different shelters, they also delivered blankets, drove around the city and just gave blankets away to homeless children and adults. They also sponsored several children to go to school and living in a shelter for a year, provided funds for the salaries of employees in several shelters, purchased sports equipment, food, DVD-player and TV.

Special investment was the purchase of expensive medical equipment and medications for local hospitals. Volunteers also bought an incubator for premature babies, which will help save 80-100 children per year, because such cases are not uncommon in the area. They also bought by an examination table.

The team alone with pastor was able to visit other Ukrainian missionaries who reside on the African territory. For ten Ukrainians the team have purchased the motorcycle, which for them was a huge help – basically the guys have to travel long distances on foot or pay large sums for the rapid movement.

Among other things, the money was allocated for the construction of two mud houses for poor families to enable them to live in a more arranged conditions, but not in the slums and garbage heaps. Along the way missionaries brought numerous gifts, food, sweets, toys, clothing, and were able to pay for containers with humanitarian aid for vulnerable people.

Significant contribution to help Kenyan children was made by children of “Pilgrim Republic.” Former Ukrainian homeless kids for a year collecting gifts, toys, clothes, save money for African children. Pastor-pilgrim Gennadiy Mokhnenko said:” one of the most important goals of this mission – is to strengthen partnerships between children’s shelters, as well as education of Ukrainian children compassion for people who need help, to give to others what is dear to him.” In parallel with the charity missionaries preached in the streets of Kenyan towns, telling people about God, prayed, gave the Bible to serve in Kenyan prisons and hospitals.

Definitely an important part was communication with children, the ability to bring joy, and surprise to them. Trip became very important for the volunteers themselves. They saw and understood what in the world far more trouble than it seems, and everyone can make efforts to help those in need. This changes their hearts, changes their attitude in life, and breaks certain stereotypes and skepticism. In such places people live in total poverty and any kind of help opens up new opportunities and gives hope that life could be better. The fact remains that all that is good things in this area are done with hands of Christians. Shelters, family-type orphanages, schools, water wells construction, renovated homes, hospitals, unselfish assistance to any needy person – this is all work of Christian missionaries from around the world. The pastor Pilgrim Gennadiy Mokhnenko plan next year bring to Kenya, a team of 30 people, and to collect even more funds to help African children.