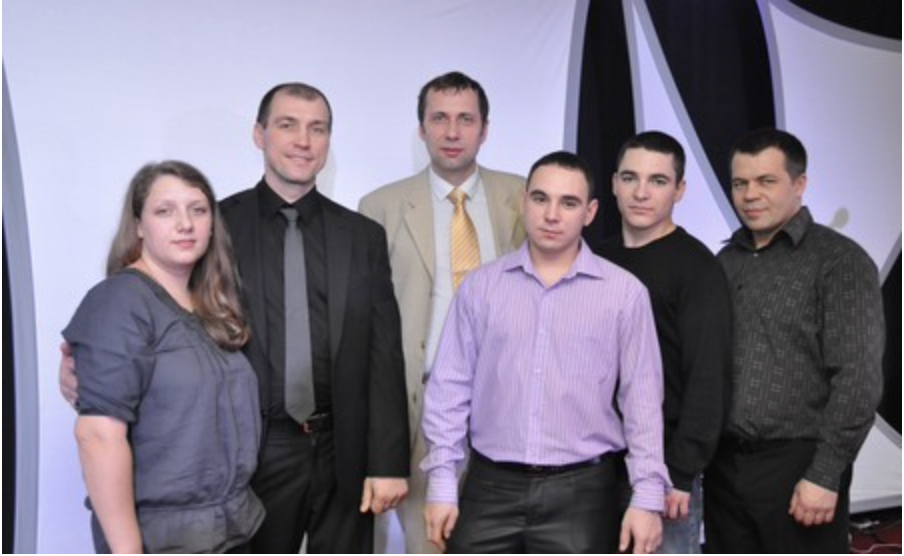 Employees Charity Fund "Pilgrim", now the citizens of Germany, Alexander and Catherine Hesse now leading a rehabilitation service in the city Shyuttorf . They obtaned some experience of drug and alcohol rehabilitation in Mariupol, Alexander sure could use it in European terms.

Alexander and Catherine Hesse recently moved from Ukraine to Germany. Even before the move, both dreamed that they could continue their ministry among the Germans, who also have problems with drugs and alcohol. By the way, it was in Germany at the time Kate was using drugs, then tried to be treated at public health centers, but was able to escape only by believing in God. Alexander also in the past, when through rehabilitation in Ukraine, in the center at a charity funds “Pilgrim”, which later worked for several years with addicted people.

Having moved to live in Germany, Alexander and Catherine sought to organize the center. Recently, Alexander was invited to lead a rehabilitation center, “A New Beginning.” It was organized by the church, “Rafa” in Shyuttorf. Within two years of the center it has formed a team of ministers who are ready to serve addicted people and is actively developing new projects.
The center’s employees are trying to help all people who turn to them for help. Find potential rehabilitants by placing ads in local newspapers; carry out raids on drug houses, handing out business cards on the streets with center’s information. Important role in the development of service recovery are regular evangelistic projects and simple personal contact with young people addicted to drugs, alcohol, gambling. As noted by members of the rehabilitation center, young people choose in their life drugs or alcohol for various reasons: problems in family relationships, difficulties at work, but more often it is because of the emptiness inside and feeling of hopelessness.

This is why the ministers offer the only true way out of difficult situations: they explain and tell people that life there is another option – with God, with a healthy lifestyle without drugs.

According to Alexander, the center staff in the rehabilitation center teaches new rehabilitants how to believe in God, to pray, study the Bible with them. An important component – occupational therapy. Rehabilitation period for each its own – each in their own way back to a normal life, but mostly from 6 months to 1 year.
With the arrival of Alexander and Catherine ministry decided to open a branch center for dependent women. There are no separate facilities for women, but the first women were temporary placed in the home.
The main problem faced by members of the center – is the social status of the addict. The city supports them, pays their apartment and gives the minimum allowance.
Today, in Germany, the addict may work, his boss knows about it, but have no influence. In addition, the country has officially operated methadone program – each dependent person can receive the methadone substitute for free. That is why it is very difficult to convince people to leave the drugs and return to normal life. But ministers do not despair. Today at the rehabilitation center “New Beginning” 9 people have successfully completed the course, and five left drugs and serving God.

“She is like a mother to me, so she looks after me.” The life of abandoned old people live in a volunteer hospice near Mariupol