Steve Hoover: “Almost Holy” is a film about the activist who does whatever is possible in the collapsed system 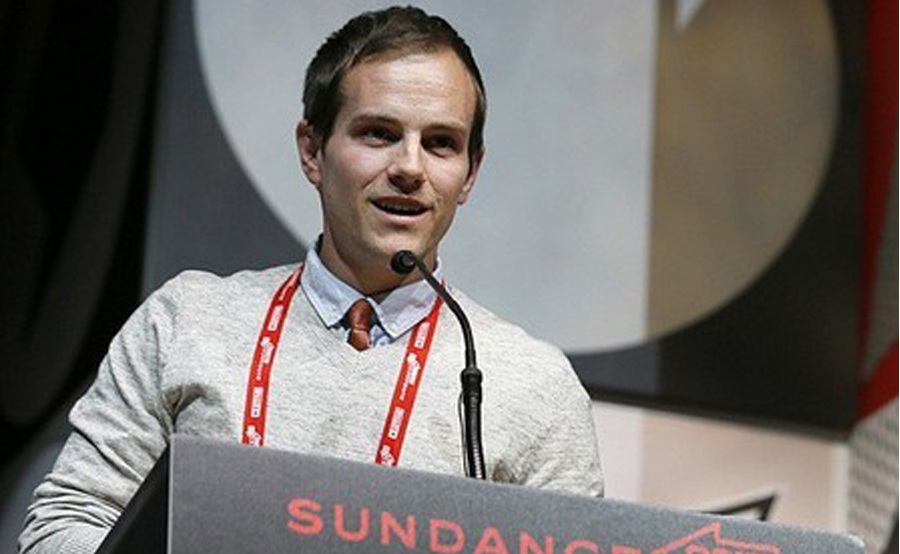 “Almost Holy” or “ Crocodile Gennadiy”  is a film about the Mariupol priest Gennadiy Mokhnenko who saves homeless children giving them a place to stay and a chance to start their life afresh.

For more than 2 years the film had been made by perhaps the most titled crew of documentalists who ever came to Ukraine. The executive producer of the movie is Terrence Malick having the golden palm in Cannes, the composer – the Oscar winner Atticus Ross, the sound editor George Simpson was also working in the movie “The Shawshenk Redemption” and “Dogma”. And Steve Hoover himself – is a winner of the prestigious Sundance Film festival (he got the grand- prix and the people’s choice award for his film “The Blood brother”).

Within a few month after the start of screening “Almost Holy’ got   the Grand Prix in the Russian festival of auteur documentary film “ArtDocFest” and topped the list of the most influential films of the year in the world according to the international organization Social Impact Media Awards (SIMA), it also collected a full house at the International festival of films about human rights DocuDays UA.

LB.ua spoke to Steve Hoover about the film “Almost Holy” which is screened now within the program Docu/Hit.

“Almost Holy” is not the first film about Gennadiy Mokhnenko. How did you meet the main character of your film?

My friends who made a video with him for their project in Ukraine told me about him. They suggested me to make a film about him. After seeing the footage they made about him I felt that Gennadiy’s story is a big subject for the documentary.  He impacted his city so much. I think that he challenges prejudices in many aspects and he can make prompt people to think. It seemed to me I perceived him differently, not as it was written about him in the Mass Media.

Why did you decide to change the title of the film from “Crocodile Gennadiy” into “Almost Holy”?

I was choosing between “Almost Holy” and “Crocodile Gennadiy” when the film was close to its completion.

“Crocodile Gennadiy” makes a definite sense to those who are from the former USSR but for the western audience this title wouldn’t make sense until they watch the film. Besides, many people just could not pronounce this title so they simply called it “The Crocodile movie”. We had an opportunity to rename it so we did it and the film got a title “Almost Holy”.

The film “Almost Holy” was screened in Ukraine, Russia and the USA. What was the reaction of the audience on the film in different countries?

The reaction on the film in the US differs much from what they say in Ukraine and in Russia. There are many nuances in the film that are hard to understand for western audience since they don’t know all the cultural background. Many Americans who watch the film can’t get the political intensity in Ukraine and the fact that Gennadiy embodies the dilemma that many Ukrainians face.

I wasn’t present at the screening of the film in Russia but the reaction there was very positive.

We even got the Grand Prix at the ArtDocFest in Moscow.

I think that the Russians and the Ukrainians perceive the “Almost Holy” under the influence of a peculiar political predisposition. The film doesn’t intend to be a piece of propaganda but the intensity that is present in the film can be felt.

“Almost holy” – is a film about an activist and public figure who does whatever he can in the broken system. To be able to understand Gennadiy you should realize that everything that goes on around him ultimately impacts everything he does.

It is a big honor for me that the film was seen in Ukraine and Russia. It is to big extent what I was making the film for.

What scenes were not included in the film?

There are so many archive videos, hours of interview and other stories that are not in the film. To reduce the film that was a real challenge, since we did not deal with a script but with the real life. I was interested in working with Gennadiy.  I felt that his motives will be comprehended better through what he says and how he interacts with other people he tried to help. I always explain that my film is not a full prospective on Gennadiy. But it is the prospective on what I found interesting in him and in the city he loves so much.

Gennadiy gave us a huge access to his life and work. He gave us an access to the archive footage and let us made footage of the personal details of his work.  We managed to take video of the most sincere moments when the door of his office was closed and he spoke to the people he was trying to help.

Personally I wouldn’t want anyone to make a video of my life. For when you let to make the video about you, you become very vulnerable; it is hard to hide your demerits.

I don’t know Gennadiy very closely but when I asked him if the film reflects his personality precisely he said: Steve, it is a real documentary, I would not change anything”. He had been in front of cameras and in Mass Media for a long time before I started making the film this is why the presence of camera in front of him didn’t influence him in any way.

Did you have any stereotypes and expectations when you were coming to Ukraine? And did they change within 2 years of work over the film?

I had never been to Ukraine before the shooting so I didn’t know what to expect. I did what I could to get prepared, explored the city in advance but it never can prepare you to the actual experience. I like the industrial background, seaside, people and countryside. Mariupol is a beautiful place. People who live in it have gone through much. Even though I watched the most of the conflict from afar I felt very much connected to people and events in Ukraine. Definitely my perception of the events had been changing during the whole shooting process. At one point my life was under the threat and I thought I could die in Ukraine. This experience and events, incredible experience of making the film gave me a very deep connection with and love to Ukraine.

As a documentalist do you feel difference in the work in the US and in any other country?

It is my sophomore film made in other country. I think that it would be much easier to make a film in the inner market, in the USA. But I think that cinematography is a hard work and each project is valuable by the unique challenges you put in front of you.

You showed “Almost holy” In March at the Docudays UA. Did you get to see any Ukrainian films?

I had a great experience of the participation in the Docudays. I met many incredible directors and I hope to come back. One of my favorite movies, by the way, is “Tribe” by Myroslav Slabospytskyi.