With a dream but without any papers. A story of life of one of Mariupol “pilgrims”. 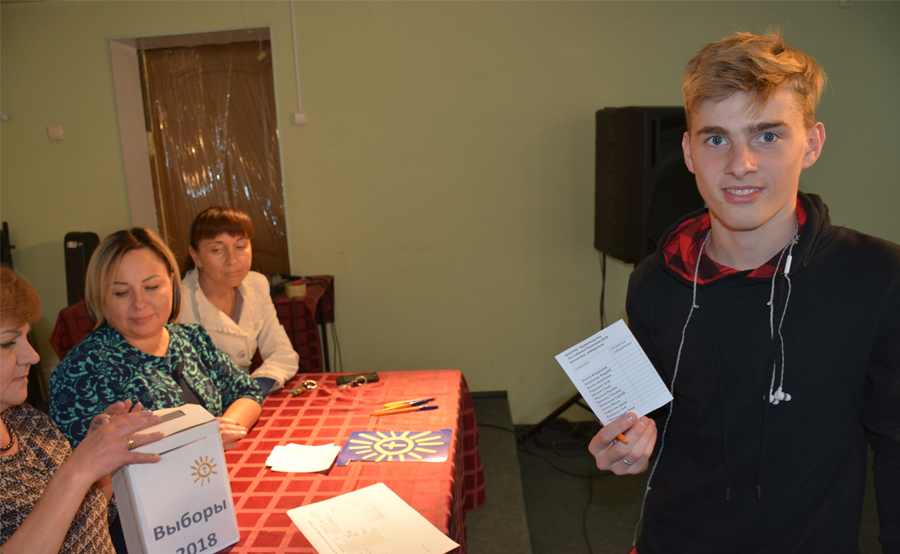 The Mariupol rehab center “Pilgrim” has become a real rescue place for a few generations of the orphans of the entire Ukraine.  The kids and the teens who found themselves in a trouble found here their second home, got rid of bad habits, got basic social skills and the most important – they learn to dream.

On the example of one of the kids in “Pilgrim” – a 15-year old Denis Anisimov we will tell you how tough the fate of those who are left without parental care is. The adolescent who’s been in the rehab center for over 3 years now still cannot restore his documents for him to be able to study and to live a full life. Dennis has been to the rehab center since April 2015. The director of “Pilgrim” Tatyana Karpukhina is going to tell us how much he is changed, which positive transformation has happened to him and his character and which difficulties he is facing now.

“Denis got to our center through police. He was using alcohol in public places. He also used light drugs and smoked. He committed lots of offences.  Police had a very hard time with him. He was a very difficult adolescent.  His mother had a very strong alcoholic addiction, but social services made her do what she could – to officially bring him somewhere. It was better than to endlessly search for him somewhere on the street, – the director shares.

At first his mother would visit him at times in the rehab center but the first thing that caught my eye was the absence of any papers both of the woman and of Dennis himself. Firstly, the boy was born in Russian Federation and is a citizen of the Russian Federation but he had only the copy of the certificate of birth. His mother promised to make all the necessary papers for Denis but soon she disappeared and never visited him anymore. It is unknown where she is now. The court deprived her of her parental rights. It was hard for Denis to be in Pilgrim at first. He violated the discipline all the time.

“We paid attention that it was hard for him to socialize. All the negative events in the center had something to do with him. Either it was smoking, or something was stolen or a group of kids ran away. Besides he didn’t runaway on his own, he was an organizer of the escape. He was for sure a negative leader. – Tatyana Karpukhina remembers. Denis ran away quite often and “street” wasn’t an empty sound for Denis. He knew where to spend the night, where to eat and what to do. “It seemed nothing was going to change in his life. But it wasn’t true… There were a few things that impacted him positively. Firstly, sports. He was very keen on soccer. And even though they said he was “old” for it, Denis showed persistence and endurance. He began to train in soccer very earnestly and said it was his dream to become a real athlete – the director shares.

– «The second factor of positive changes in him was that Denis got interested in a Christian faith and started reading the Bible. He also got into the self -government of the Republic Pilgrim since he had an authority among the kids. His behavior was still not the best but his studies got better and he violated the discipline much less. He was entrusted to be a minister of sports in the republic. It motivated him to change for the better and he felt his responsibility”.

Denis experienced a real transformation to the better. He made many friends and enhanced his scope of knowledge. He developed his skills in soccer and managed to be accepted in the professional junior soccer team of the city of Mariupol. He trains regularly and has a position of the forward in the team. “He is a very purpose driven and he is capable to become a professional soccer player” – Tatyana Karpukhina admits. However there is still one difficulty – Denis still has not got any papers and this is why the future of the lad is still questionable.

“He’s got no papers, neither passport, not the original of his certificate of birth “– the director of the center shares and adds that their appeal to the consular of the Russian Federation in Kharkiv gave no results. He studies in the 10th grade now but without documents he won’t even be able to get the certificate of education.  And because of the same reason he is not able to go abroad. Later Denis himself joined our conversation. He told that his mother abused alcohol so much that he didn’t want to stay at home. The fellow doesn’t remember his father at all. He says that his bad behavior was because of his parents. “This is the example they showed to me.  I had a lot of different bad habits” – he recalls. Denis Anisimov remembers the day he got to “Pilgrim” very well. However he willingly analyzes his bad behavior when he got to the center. “I had no idea how to behave here. I could behave how I wanted to when I was at home, I could leave the place whenever I wanted to and here we have a set of rules, have to follow some requirements. I didn’t get it and didn’t keep to them. My behavior was quite inadequate, – he admits. However later the boy decided to pull himself together, did better in his studies and followed the example of the adults and the mentors.

“I realized that I need to follow the laws and prompted myself: – he says. According to him soccer changed his life. “ it is what I love. Probably it is in my genes” – the fellow laughs. He had played it since childhood, even when he had a high temperature. And now he is so happy that he was accepted to soccer team of junior league. The team is called “Mariupol”. What makes him upset is the absence of the documents. “Just because of the papers I may be very unlucky. Even to be taken to the competitions in Ukraine I need to have a passport”. I can’t finish school and to get a certificate of education. I want to be a normal person, not a vagabond” – he complains. The smile disappears of his face at such moments and he is becoming very mature.

Denis, the management of “Pilgrim’ and all his friends hope so much that it will be possible to restore his documents which will help to provide a successful future for the young man. “ I have in store a year or a year and a half and if nothing will have changed within this time I am even scared to think of it’” – the “pilgrim” sighs.