Adult rehabilitation in «Pilgrim» – «till the edge of the world!» 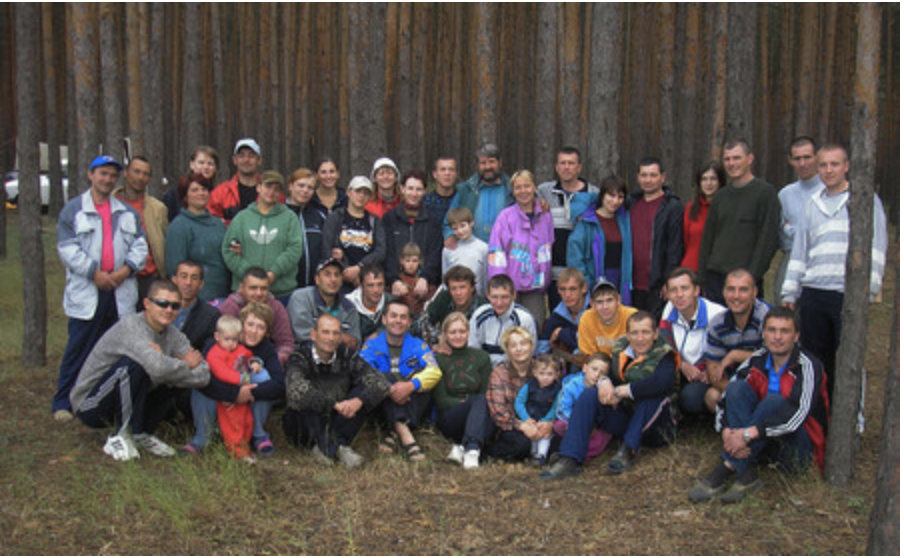 Charitable fund «Pilgrim» is already 12 years actively works with addict people and alcoholics. Pilgrim started in a small house from the seaside of Mariupol. Nowadays the web of a rehabilitation centers have extended across all the Ukraine moves ahead the Russia and goes to the Western Europe. Alexander Matyushin – itself having the addicted past, is a head of congregation of the rehabilitation centers.

Alexander Matyushin – was addicted for 15 years and once he said to himself «Stop», when he had lost everything even a sense of his life. But one of attendants of the first rehabilitation center at a Church of a Good Changes has helped him. He invited Alexander to pass the rehabilitation course, him to begin a new normal life. It was in1998

After successfully termination of a rehabilitation course Alexander has felt that God urged him to stay in the center and to serve the addict people. He was inspired by the pain for his friends, who were perishing from the drugs and alcohol. In the rehabilitation center Alexander met his future wife Irina, for that moment she was the attendant in female branch of the center. Today Alexander and Irina are having perfect family and 2 wonderful daughters.

For 12 years it was about 40 commands of missionaries generated, which have gone to open the new rehabilitation centers in different parts of Ukraine, Russia and even in Germany. The future plans are to open service on preparation and sending the missionary commands to different parts of the Earth.

The rehabilitation course for an addict people lasts for 1 year. First half a year they live in the center. There’re two basic making principles in the program. On the first place are – a prayer and Bible reading. Secondly, so-called, the work therapy. A lot of people, coming for the rehabilitation, worked nowhere, and except of using drugs and larceny – they can do nothing in their life. In the course of formation they are learning how to work, train in various specialties.  The following half a year already former addicts living in the adaptable center in the city Mariupol. This following stage is aimed at helping them to enter into usual life: to find a work, habitation, to adapt for living conditions new to them.

According to Alexander Matyushin, such method allowed attendants to lift rehabilitation process in higher level. The people, early addict, leave their past and starting the new life: finding a good work, establish families.

Alexander Matyushin:  The Guys on rehabilitation we learn 2 basic things – to trust, as it written in Bible «… and learn true, and the true will make you free. » and it’s good to work, therefore as to take a place in life it’s necessary to be able to work.

In the future plans of Alexander and his team to carry out some kind of reforms in service – even the most radical, to introduce various innovations. Now they pray for it and ask God that he show them what is necessary to do more, to bring a good changes in life of addict people. Alexander dreams of that his rehabilitation service, at least, has doubled and more and more addicts and alcoholics could receive freedom.