Bike action “A world without orphans” brought the news of the adoption to residents of Tula. 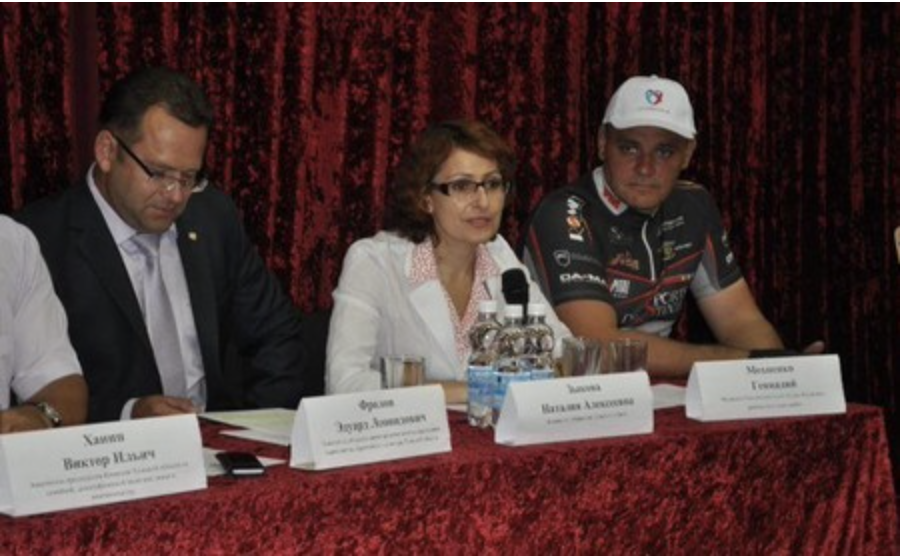 June 14 the team of "A world without orphans" had reached Tula, the correspondent of "TBN ". One of the planned actions was to hold a press conference on issues adoption.

The press conference was attended by the Deputy Minister of Education of Tula region, Eduard Frolov, Deputy Governor of Natalia Zykov, the head of the trusteeship.

Eduard Frolov spoke about the positive dynamics in the region, where the statistics shows that every year about one hundred children were adopted. An example was given of Novomoskovsk, in which the former orphanage was closed, because all children found families.

“I’m sure whatever the favorable conditions in the orphanages; it is the best for children to be in families. That is why such actions as this bike tour are needed to be supported “- said Deputy Minister of Education.

Assistant to the Governor of the Tula region Natalya Zykov described scheme to encourage adoptive families in the region for which this category of citizens has been increased allowances and allocated car “Gazel”. Natalya Zykov also expressed gratitude to the organizers for the initiative bike action and wished the fund “Pilgrim” good luck.
The Director of the House of the Tula expressed his attitude to the alliance’s mission: “I entirely agree with the Alliance Manifesto” Russia without orphans “and our main task that the children will be in the family. Children should not live without parental affection, and should not be without family. “

Also at the press conference was announced, and another point of view, which expressed the orphanage director, Alexander Dushkin:

“We are trying to prepare children for adult life – each of our graduates receives a driver’s license, or certificates of hairdressers, and we think that orphanages are competitive to foster families. I would like in ten years to meet with students of Gennady Mokhnenko and compared with their lives of our graduates. “

After that spoke some of the children, participants of the bike tour. The children shared their stories of their lives before and after adoption. One of the boys, Nickolay Rykov told the reasons for his participation in this action:

“I was in orphanage, and there were not very good. Therefore, we, my father and brothers pedal for our dream, that every child would have a family. “

The day ended with two events:  one part of Pilgrim team, led by Pastor Gennady went to the ministry in the church. Another took up the challenge of the local football team. After the fighting intensified in the second half Pilgrims took the lead as a result of the game celebrating the victory with a score of 1-5.