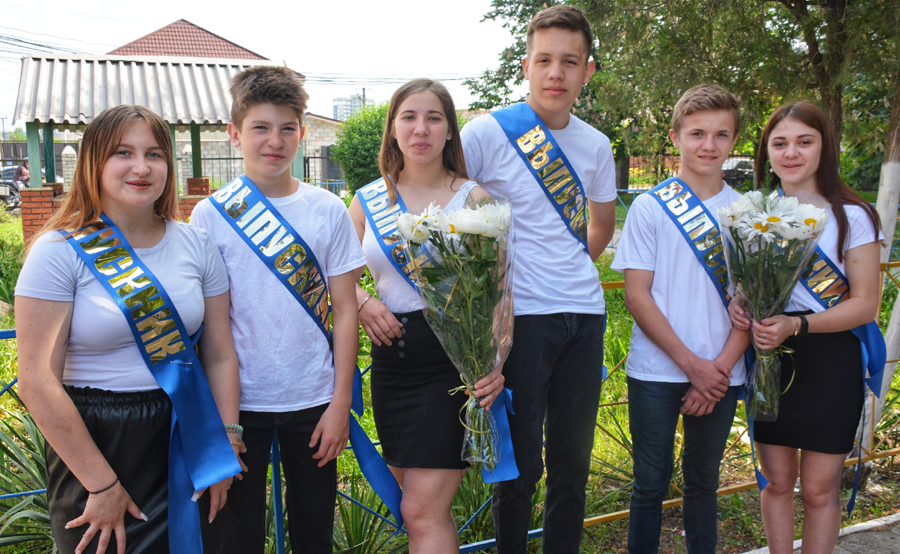 The academic year is over, and the Republic Pilgrim is once again saying goodbye to their graduates. This year, six ninth-graders graduated from the walls of the State of Former Street Kids. During their stay at Pilgrim all the kids have changed a lot. Some in a few years, and some – in a very short time.

Six teenagers – graduates of 2021, whose life stories were not easy from the very beginning of their lives, nevertheless managed to overcome a lot in the process. Nikita, Leepa, Alena, Masha, Dmitriy and Sasha – former street kids and rebels – presently continue their chosen new path of life. If you look into their past and look at them today, you can see completely different people. The kids who lived without a future, goals and dreams, who had problems with law, addictions. They ruined relationships with relatives, who seemed to give no hope at all, are completely different personalities today, with a new worldview, ambitions, dreams and plans for life.

Masha. At the beginning of her rehabilitation, the girl was in a big problem. Before “Pilgrim” Masha had various addictions, one of which was kleptomania, which broke everything human in her. She did not find a common language with her peers, wandered the streets and found more interest in street life than in studies. The Juvenile Affairs Service brought her to the Pilgrim with the words: “Nothing will ever change this child”. However, after a certain time, she began to show her positive side, her activeness and vividness. She held the post of Minister of Health in the government of the Republic, since she is well versed in matters of first aid and hygiene. Masha plans to study to become a chef, wants to cook deliciously in order to be a wonderful wife and mother in the future.

Leepa. The girl did not attend school at all. She had problems with teachers and had various bad habits. While wandering, she found herself in bad company, which completely ruined her ideas about life. However, during the short time of her stay at Pilgrim, seeing and feeling personal responsibility and practicing discipline Leepa completely opened up and showed herself as an athletic girl capable of many things. She made a huge leap forward in her studies and plans to go to Law College, and she became interested in dancing.

Alyona. Only negative reviews were heard about her. Even her mother refused from her, and there was not a single hope that she could change. Now people know her from a completely different side. The girl is always very active and irreplaceable in any affair. Alyona found her identity in “Pilgrim”, She became interested in photography and is now planning to enter the lyceum to become a photographer.

Dmitriy. Bad company, alcohol addiction, aggressive behavior towards others did not allow seeing any potential in him. Only after a lapse of time, it turned out that Dmitriy is completely new person now. The friendly, trusting atmosphere in “Pilgrim”, discipline, the absence of bad habits and the ability to develop personal skills showed that in fact he is a calm and friendly boy who will never refuse to help you. In the future, he sees himself as a furniture maker. He wants to make life more comfortable for people.

Sasha. The teenager had problems with the law, which, it would seem, does not give hope for a bright future. But the boy did not give up, showing himself persevere and diligent. 2 years in “Pilgrim” did him good. He changed a lot, showed himself well in the public life of the Republic. Like Dmitriy, he plans to work as a furniture maker.

Nikita. The boy had unacceptable behavior towards his mother, who has a severe stage of cancer. Nikita took money from his mother without asking, lied, and ran away from home. His mother suspected that Nikita was engaged in illegal affairs and, possibly, used drugs. There were also many negative reviews from the school, frequent absenteeism, and unwillingness to study and to acquire a profession. In “Pilgrim” Nikita’s character and habits have changed radically. The boy’s talent for assembling electronic equipment has developed. Even now, without special education, he can fix a simple computer breakdown. He wants to reveal his potential in the profession of a system administrator or website developer. Nikita became an active and responsible boy. He is the President of the Republic and does an excellent job at this position.

Tatyana Karpukhina, director of the Center of Children’s Rehabilitaion “Republic Pilgrim”: “We haven’t had such a close-knit class for a long time! All the kids are great. We will remember them as friendly, non-conflict, purposeful individuals who know how to work in a team. Ahead of them is a new, adult and, of course, complex life in its diversity. However, we believe, no matter what happens, they will stand on a solid foundation, holding on to God, and will preserve the good experience that they received in Pilgrim”.