From under the bombardment to the position of President 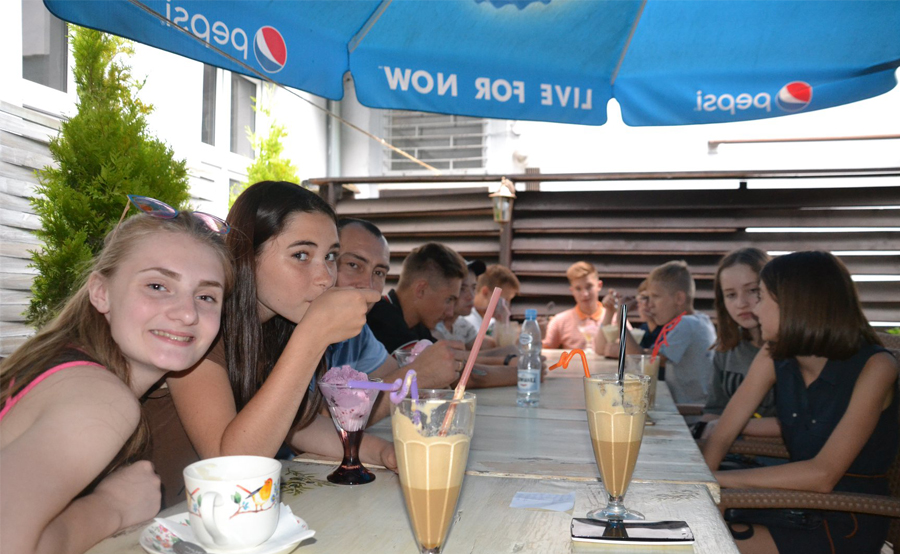 When modern Ukrainian children, as part of the school curriculum, go through the story of wars, they do not realize that they will be able to experience it in the real life. But that’s how the story of the total change in the life of the girl named Tanya began. At that time she had lived in the city of Gorlovka and had been hiding in the basement of the house for two months, each time trembling from terror of explosions and fallen shells.

Tanya did not know what would happen next with her and her mother. Each explosion was accompanied with the thought that they will remain forever buried under the rubble of their collapsed house. This horror will forever remain imprinted in their memory, but still the desire to live and escape from ruins and from the grief was stronger than their panic.

Having no financial savings, the family decided to evacuate to Mariupol. They took with them only documents. As refugees, they were given a berth in the hostel, in the entrance room, but even there Tanya did not find protection and peace for herself. The conditions in which the child lived did not help her recover and begin to live fully.

Unaccustomed to work earlier, Tanya’s mother continued to lead a familiar lifestyle. She often abused alcohol, changed partners, preferred to spend most of her time with her dysfunctional friends, did not pay any attention to her daughter, and soon found herself in a dispensary, where she had to undergo difficult treatment. Tanya was left alone without support and livelihoods in a hostel.

A little later, social services of Mariupol turned to the charity fund “Pilgrim” with a request to accept Tanya for social rehabilitation.

And then the girl fell into the cycle of events that brought good changes to her life. She immediately joined a large and noisy team, because she always dreamed of having many friends. It was not difficult for Tanya to help the younger ones, and her heart always responded to the needs of others.

Already in the first months of her stay in the “Republic Pilgrim”, the girl established herself as a responsible and cheerful child. She earned authority among her peers, and soon got to the Ministry of the Republic.

According to the employees of the children’s center, Tatyana was an adult beyond her years, was able to consciously and quickly catch up with the school curriculum, she is deeply interested in foreign languages and dancing.

Many people who survived the war do not see their future, but this fragile, quickly matured girl learned to appreciate the lessons of fate and she sees the positive  side where it is difficult for others to see it. Today Tanya became the president of the “Republic Pilgrim” and she believes that the future depends on her own positive and kind prospective on the surrounding circumstances.