Mariupol orphan Sergei Kramarenko: from a dysfunctional family to a prosperous future 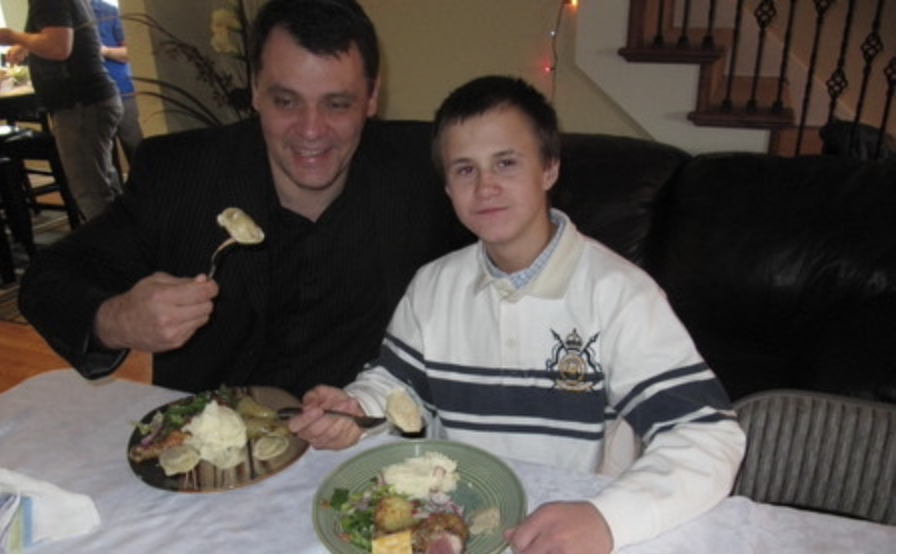 We all sometimes find ourselves in difficult situations - some more serious, others - less. Reasons to be among the "unlucky” many: financial crisis, illness of a close relative, influence of bad company as a teenager. Especially hard when children get in such hardships - they do not always have a strong shoulder of parents to lean on, a dear person who is willing to help by word and deed.

Even if child is not an orphan, he had a million chances to stay alone with his problems. And the benefit, if in child’s life there is an adult, who can help him get out of a difficult situation, not to “go downhill”, but help to place correct priorities in life.

The “Republic Pilgrim” children rehab center everyday serves children with complex lives – here comes teenagers with drug and alcohol addiction, have lost relatives or run away from their family.

Sergei Kramarenko came to “Pilgrim” at the age of 14 years old. He had no goals, there was no dream, no happiness, or future He was tired of life with alcohol dependence. A few years he lived with his father in the village not far from Mariupol, but the time came when his father was unable to raise the boy and he had to send boy to live with his mother and grandmother, both of which suffered from alcohol dependence. After the death of his mother the boy lived with his grandmother, he stopped attending school, got in touch with the company of older boys, and began to learn from their unhealthy habits. The first few months in “Pilgrim,” the boy did not like it, he sometimes ran home to his old “friends.” According to the director of “Pilgrim” Tatiana Karpukhina, a boy was cautious in making new friends, talking to others, and was very closed, but at the same time he had a simple human integrity.

At the time, Sergei has already had the status of an orphan. Pastor of the “Pilgrim” Gennady Mokhnenko made the fateful decision – adopted the boy, who was distinguished by a hard character – kindness and love of nature lived side by side with the harshness and arbitrariness. However, very soon the cozy atmosphere, caring, love and good advice changed him – the child has become more open and relaxed. Teachers in school saw a boy from a new angle – very hard working, with well-developed thinking and interesting plans for the future.

“When I got here, I was not thinking about what awaits me next, I was not interested in anything I did not dream, I did not care. And when I was adopted, I began to wonder what will happen next? When I grow up, who I will be? I decided that I would become a civil engineer “, – said Sergey.

Now he is interested in architecture, he decided to enroll in Civil Engineering program.  In order to do so, he had to “put pressure” on his studies and to make up missed materials. The guy admitted that he is not afraid of heavy construction work, dreams of becoming a specialist and take advantage of opportunities to work abroad. Another goal, which he was inspired by his own example – is to create a foster family. Sergei is quite grown-up- set a goal to earn money to build a house in the countryside, a family, and to adopt a few children.

In all his new goals Sergei supported by his friend Sasha, who came to an orphanage after his elder brother. Seeing the achievements of his older brother Roman Chebotarev, who became the champion of Ukraine in boxing; Chebotarev, Jr. also wanted to change his life for the better and came to “Pilgrim.” Both boys are paying great attention to development and often spend their free time in the gym.

Sergei is now busy studying and preparing for admission to Civil Engineering program. To all whose life is in a difficult situation he sincerely wishes optimism. “We should not lose hope in any situation, believing we can get out. Willpower is what the person has, if he said that something will not, it will not “, – Sergey wished