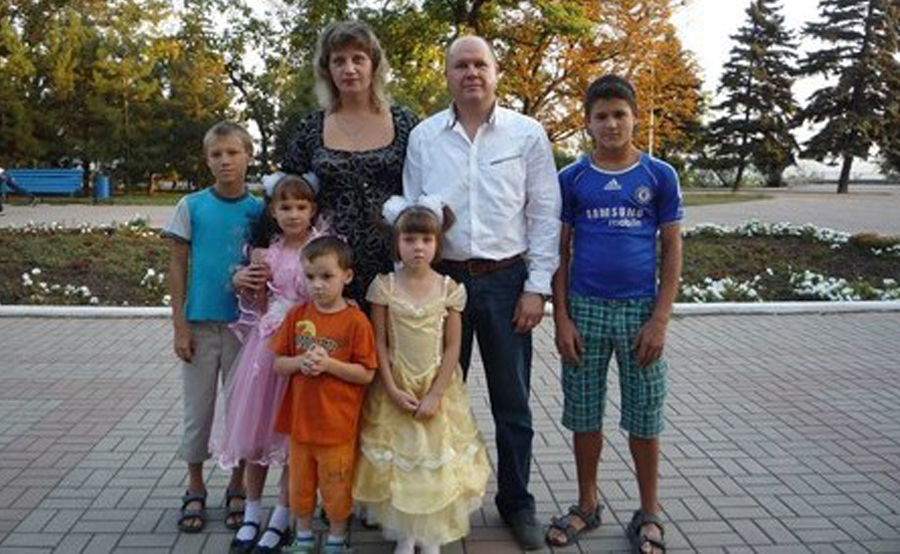 Before they were married, Igor and Lyudmila Grechanovs heard a lot from pastor Gennady Mokhnenko about adoption and foster families, and therefore after the marriage they already knew that they wanted to take adopted children to the family. In 2012, they began to collect documents, and soon the first adopted child appeared in the family.

A year later, another boy found his father and mother in the person of Igor and Lyudmila. The boy was required to pay more attention, and Lyudmila left the work, engaged in raising children. A year later the family was replenished with three children. Two sisters and brother remained orphans after the death of their mother, and the elderly grandmother was unable to educate and support the children. The family Grechanovs, not thinking for a long time, decided to take them to their house.

Since 2015, the family has the status of a “family-type children’s home”, and this house is constantly growing and developing. Just one year ago, another girl got into the family, which was not at all like that, but after a year of being in the family she blossomed and changed radically. However, like every child who gets into a real family and realizes that he is loved and accepted as a biological.

In the family, almost all the children are engaged in music. Bogdan plays the accordion, Vika, Alain and Maxim master the piano, and Sonya goes to art school. They would be happy to visit other clubs, however, having time to take everyone to classes and pick up is not easy.

Parents admit that they face a lot of difficulties, a lack of understanding on the part of the school, society, it is not easy to cope with the children, but it is not selfish to live only for oneself in their plans. Therefore, they are optimistic and with the understanding that each person has his own character, advantages and disadvantages with which one can and should live.

Lyudmila Grechanova, the adoptive mother: “God created us to serve and take care of someone, especially women. I asked God to fill the house with childish laughter, and He answered me in full. “