The action of national adoption “You will be found” or how to love another’s child? 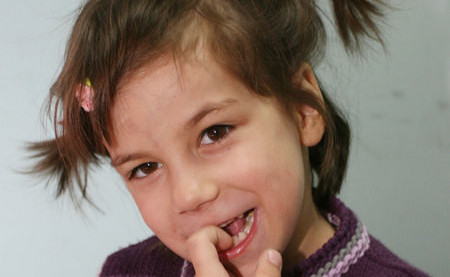 How to love another’s child? Is it good that our orphans are adopted by the foreghners only? Do kids like living in their new families? Those were some of the questions raised today at the press-conference devoted to the subject of adoption of orphans in Ukraine and Russia.

Mariupol journalists gathered in the structure of “Republic “ Pilgrim” to listen to the responds on their questions what for and how the action “You will be found” was started.The foster parents – the parishioners of the Church of Good Changes and their foster kids were also present at the conference. They became the personification of the fact that it is possible to live another’s kids, it is necessary to do that and to adopt them because each child has to have their own family.

Pastor Gennady Mokhnenko shared his impressions of Ukraine-Russia auto race. The timeless project “You will be found” started in early September and was initiated by the churches of the union Church of God of Ukraine alongside with the TV channel TBN. The former homeless kids of Mariupol went to the cities of Russia to tell people how hard it is to have no family and relates, either hope.

The auto race had started in Mariupol. More than 10 former street kids who are now the pupils of foster homes at the charity fund “Pilgrim” went to Kursk, Oryol, Saint Petersburg and Moscow together with the Pastor Gennady declaring the motto of the action “ You will be found” – “ all things are possible with God” – the adolescents said it in all the churches they visited with the action. The mega dream of Gennady Mokhnenko, Sergey Demidovich as well as the management of the TV channel TBN – the ideal inspirers  – is that in the furthest future there must be lines of those who are eager to adopt kids and not the lines of the kids who want to be adopted. In the process of the action many people in the churches made main decisions in their whole life – to adopt a child.

In all the cities where the participants of the action came they were met by journalists who spoke to the adolescents and were present at all the services.

Already in Moscow itself the former street kids visited the Red Square where they prayed for all deprived kids. The children asked God to change the situation in the very root for people to stop being scared to accept kids in their hearts and houses.

Directly at the channel TBN the memorandum was signed up about close cooperation, several TV programs were made called to reveal the subject of adoption in the countries of the former Soviet Union, to conquer the fear and to change thinking of Slavic nations having made the adoption – a part of our culture.

Gennady Mokhnenko is certain that it is only beginning. The first 4000 km were overcome successfully. Practically at once the fruits were seen which in future will let see one of the biggest miracles of God: each child of Ukraine and Russia will be found.

Pastor Gennady Mokhnenko: “ I am convinced that there are thousands of people in Mariupol who would be able to take this step courageously – to adopt a kid. Love will come to them for sure as soon as you hold the kid and accept it into your heart. We’d like to inspire everybody who have a desire in their heart to adopt a kid. Take a kid from any orphanage. It doesn’t matter if it is a little or big kid…

We also announce the start of the work of the Club of foster parents “ You will be found”, its purpose – to speak to foster families, to share the experience, to support one another, to learn, to get skills. We are going to invite experts – pedagogues and psychologists who will teach the parents to be wise.”

Ludmila Gordienko, mother of two girls adopted to the family from the orphanage: “ We even didn’t see their pictures. We just came to the orphanage and started making documents for 2 sisters at once. They became our native and close and even look like us. It is impossible not to love them!”

Pastor Gennady Mokhnenko: “ We long to see first of all Ukrainian families to adopt kids from orphanages. But so far the situation shows that not many people wish to do it. It is better for kids to be adopted even by the foreigners but to be in family than in an orphanage where they will have a lack of love attention and care any way”.