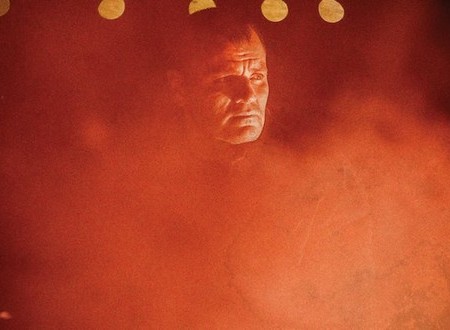 The documentary “ Crocodile Gennadiy” of the American director Steve Hoover was given the main award of the festival of author documentary films “ ArtDocFest” that was over in St Petersburg in the 16 th of December.

Let us remind you that for the first time the renowned American cinematographers came to Mariupol in 2012 when they got to know about the social work carried out by the pastor Gennadiy Mokhnenko and his team in the charity fund “Pilgrim”. The work aimed to help street kids, to fight with drug addiction and injustice in lives of many people startled them. According to the director Steve Hoover, he and his team realized that it was obvious that the whole world needs to get to know about this work.

The cinematographers had been working at the 90 minute film for 3 years.  First 20 days of shooting, they never left the main character for a moment and made a coverage of every moment of his life in all its polyhedral forms. They witnessed some shocking stories of people they met there and shot each and single step in order to make it a full picture afterwards to be screened in theatres.

In late 2015 the film was shown in Russia and made quite an impact.

The President of the festival Vitalii Manskiy: “American film “Crocodile Gennadiy” was shot in the city of Mariupol in Ukraine. It tells about one pastor who took on himself a mission of saving street kids. Surely the animation character crocodile Gena is associated for us with somebody nice and kind but if to think about what kind of animal the crocodile is it is an aggressive and ruthless creature. In the character of the movie aggression, softness and spirituality are combined.  He is a pastor after all, not the cyborg, but his appearance reminds of a cyborg.

And this bumpkin Gennadiy, who is a pastor, fights in a real war – I can’t call his actions anything else but the war against even more aggressive world. He pulls out, gnaws, whips, steals from the cruel society   those abandoned children who on the verge of death and by the way there is a lot of them in Ukraine. This fight is exciting reminding us of some kind of an American thriller. The plot is truly hardly ever different from a thriller. The difference is only in the fact that it is a documentary film and behind each shot, behind each character there is a true person and true life. And it makes the film even scarier and penetrates in your consciousness even more.  And what we know of Mariupol in the context of the war in Ukraine (it turned into some kind of a city by the frontline) makes the film even more dramatic”.

Olga Sherwood, a cinematographic journalist and a critic,  an academic of Russian Academy of cinematographic arts “ Nika”: “  We find ourselves among juvenile addicts and street kids of Mariupol, among pedophiles and subjects who sell themselves and their kids for the sake of a drug dose. Among the atrocities there are drunkards with their victims,  imprisoned women including drug dealers, the pharmacists who sell provocative stuff for drug addicts and the like subhumans. And Gennadiy Mokhnenko, Pastor of the Church of Good Changes, tries to bring them back to “the image and likeness” all of them.

Among wonderful movies – courageous, witty, subtle, refined, smart and bitter – wins the one who has a genuine character. Not the man who more or less get adapted to the normally not affectionate world. But the one who has intellect and strength and the desire to roll the dirt around himself and not just to hide it under the carpet but get rid of it whatsoever.

This handsome and strong pastor who reminds of Peter the Great in “Poltava” has three biological and 32 adopted kids. In real time and real space he fights his battle for the people against their death: we can see his raids in real cloacas within many years. Infinitely and fussy warring Ruslan from the movie “Bubenec” shrinks back and pales on the backdrop of Gennady. We can see how the kids he saved live including in the “Republic Pilgrim”,  the  largest rehab center for kids on the post soviet space.

Steve Hoover compares him with a house of friends built by the crocodile Gena and Cheburashka. Mokhnenko for these kids is this Gena and they stick around the guy. Hoover permeates his film with extracts from the animation – comparing, putting some irony, softening the terrors and distracting from the horrible realities. The old lady Shapoklyak let the author to spill out her sarcasm towards the Russian leader and his practical politics in Crimea and the Eastern Ukraine.

While the opponents of Gennadiy are human sins and weaknesses he can cope – from covetousness to feeble mind, from cruelty to literal numbness – he copes, without false he threatens the criminals and frightening those who lost their way, attracting and forcing others to do good praying together and recruiting to his supporters: the pastor’s thinking is clear and persuasive. And after each encounter with the terror of life he washes his hands and face furiously like in Shakespeare’s   only with “the opposite sign”.

Even being judged in self condemnation he copes. But when the war is coming to his land the pastor losses the assurance in his strength. “ I don’t strike against God, I just don’t accept such peace” – he quotes “ The Karamazovs Brothers” almost word by word. And he goes on saying:” If Putin won’t stop I will call the bishop and will ask him to remove my san from me and will go to fight for my homeland”.

Title “2015” the coverage of explosions in Mariupol. The film gies you some kind of access into the destiny of its character. It is not enough water in the tap to wash it all away so he needs the whole sea and he we see our hero in the waves, he swims so powerfully and then he lies with his face in the sand, he hugged the earth as though he asks to give him back the strength. Enormous shafts are rising behind him. Steve Hoover was working and couldn’t come to Moscow to get his award. He sent a video message where after all he mentioned that while being in Mariupol their film crew was attacked by the prorussian protesters so “the victory in itself as the very fact that we could complete the film”…