The project of public sponsorship “Crumbs” 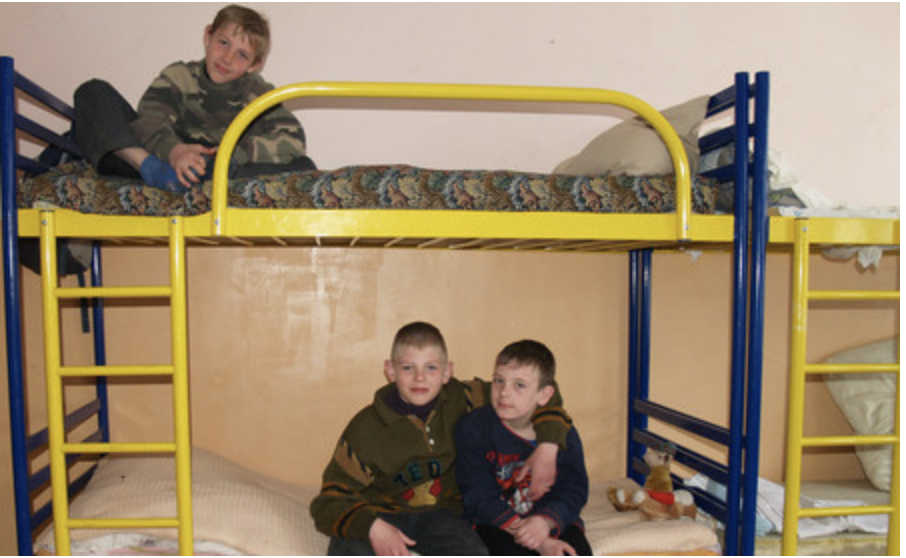 The Charity Fund “Pilgrim” summarized the funds raised with the help of the project of public sponsorship “Crumbs”. The President of the Charity Fund Gennadiy Mokhnenko thanked at the press conference all the Mariupolites who pay attention to the donation boxes in the shops and show interest in street kids in such a way.

The project started in 2008. The purpose of it is to raise money to buy some necessary stuff for the orphanage “Republic Pilgrim”. In different shops of the city the boxes were put where a person can drop the change or donate. The money that have been raised go straight to the purchase of pieces of furniture needed in Pilgrim. In the list of necessary items there is sports inventory, wardrobes and one of the most important – beds.

Within the project 11 bunk beds, mattresses and 2 plastic windows were bought for the foster house “ The Guards”.

The Principle of the orphanage Tatyana Karpukhina stated that now each person who contributed to the project “Crumbs” dropping change in the shops can surely say that they bought beds for “Pilgrim”.

There are 95 such boxes all over Mariupol presently. But the management of the fund is convinced that the project shall get enhanced. The directors of the chains of the stores suggest to spread the project further to other villages and towns. There are some plans to make outdoor charity actions to call on the local population to donate furniture and other stuff.

The concert prepared by the young pilgrims is going to take place in some districts of the city. Gennadiy Mokhenko stated that if each inhabitant of Mariupol donated 1 hrivna UAH per month for the work of Pilgrim there would be possibility to provide for the children not only furniture but facilities to start new foster homes. The foster parents with the kids will live with the foster kids in them.

Gennadiy Mokhenko, President of the Charity Fund “ Pilgrim”: “ We’d like to thank each person in our city who supports the project. It is such a joy to realize and to see that people in our city are not indifferent and they offer their help to provide for those teens who found themselves in difficult situation. We also would like to thank all the directors and managers of stores who let those boxes “ Crumbs” be there in the shops“.

Special thanks to the manager of Public

“She is like a mother to me, so she looks after me.” The life of abandoned old people live in a volunteer hospice near Mariupol