The world premiere of the film about pastor “Crocodile Gennadiy” 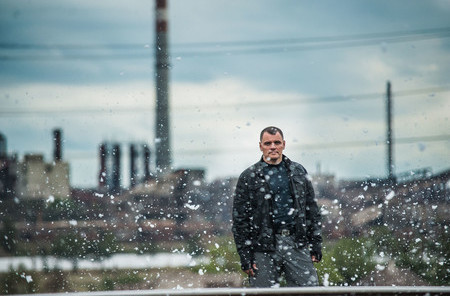 On April 16th in New York, the US at one of the largest documentary festivals Tribeca Film Festival the long -awaited premiere of the documentary movie «Crocodile Gennadiy» will take place. This film will show the whole world society about social work of Mariupol Charity Fund "Pilgrim" and ist leader, pastor Gennadiy Mokhnenko, adoptive father of over 30 kids.

For the first time the American cinematographers had arrived in Mariupol in 2012 when they got to know about the social work Pastor Gennadiy and his team has been accomplishing in the charity fund „Pilgrim“. The work aimed to fight against drug addiction, street life of kids, injustice in life of many people, had amazed them. According to the director Steven Hoover, he and his team realized that it was necessary fort he whole world tob e able to get to know about this work.

It took them 2 years to make a -90-minute- film. At one of their trips the crew was following the main character for 20 days and they never left him along, they were filming every single moment of his day routine. They were witnessing the shocking stories of the people, heard the testimonies of those whose lives radically changed to the better, they were filming absolutely everything  in order to be able to put it together in one unified picture after analyzing the whole filmed stuff and to show it on the screen.

The film crew also arrived in 2014 to do some extra filming, it was the time when the dramatic events started happening in Mariupol, the terroristic groups were trying to usurp the power in Mariupol. The American crew witnessed and became unwillingly the partakers of the incident when the bus of the Charity Fund “Pilgrim” was attacked by the mob. However, the film crew managed to film what they needed for the documentary, even risking their lives, and left Ukraine to start the direct work with what has been already filmed.

All the expenses to produce the movie the American side took on themselves: the documentary crew invests funds they raise because they consider it is vital to let the public know what is germinating in the society and needs urgent changes.

The director of the film Steve Hoover while being in Mariupol admitted that they were mesmerized by Gennadiy and his optimism and his faith that here will be a positive result. They eye -witnessed many inspiring stories and changes in life of people. They were amazed on seeing how many lives are experiencing the actual changes to the better.

Steve saw in Gennadiy the fighter for justice, a very strong personality.

Steve Hoover, the director of the film: Gennadiy is a very strong personality and people follow him and experience changes in their lives. He takes risk because he realizes that the society needs radical change. Gennadiy will do it as long as he lives. He can call unto justice and it may encourage other people. What impressed is that Gennadiy and his team is not of those who give up. You sacrifice a lot for the justice to triumph. We were delighted to see it.

George Simpson, the sound editor: My son is only 1 year old. Within all these days with Gennadiy I realized that I would love to be such an awesome father for my son as Gennadiy is for his kids. He is such a strong- spirited – personality.

The purpose of the director of the film is to give various messages to the audience through the movie. One of them is the question: And how do you use your time? What they will see has to provoke them to think about what they do with their lives and if they change the lives of others. The director also wants to show opportunities for those people who are oppressed and are in tough circumstances, who want to see changes in their lives, those who want to help others to get rid of injustice in the world.

In 2012 when the filming had just started the director Steve Hoover assured us that the 90-minute – film is not going to be a boring narration but will be full of drama and action. He is convinced that people will love the personality of the Pastor – pilgrim and their interest will increase with every minute they are watching.