Ukraine must have been wishout orphans! 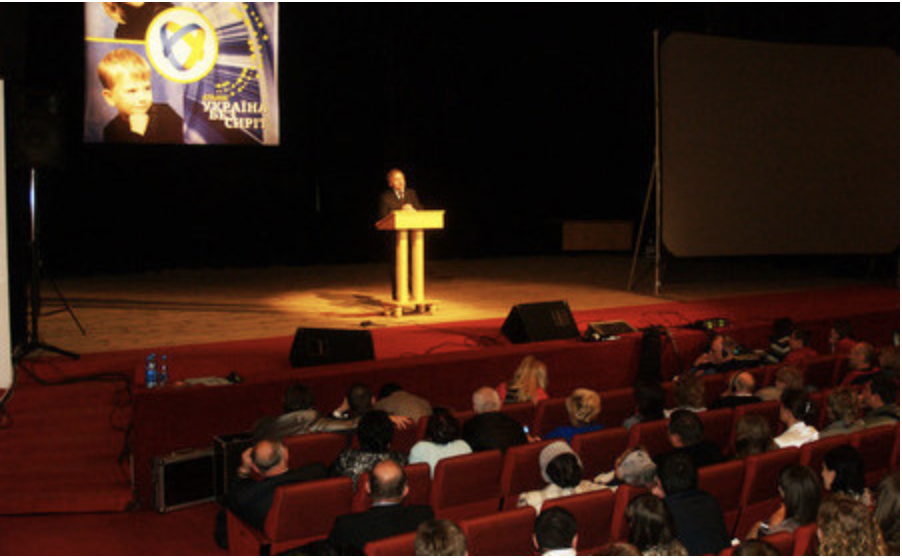 In the mid of November in Kiew there was a conference "Ukraine without orphans". For the first time over 500 delegates from all over Ukraine gathered together at the national event like that which took place in Congress hall of President Hotel, they assembled to discuss the strategy of efficient help to orphans and to kids left behind without parental care.

The participants from almost all regions of Ukraine as well as from Russia, Belarus, Armenia, the US, the church leaders, managers of charities as well as social organizations, principals of educational establishments, foster parents and adoptive parents – all discussed urgents problems, made decisions and prayed for the solution of the tragedy of orphanship.

Significant event at the conference has become presentation and start of the Alliance “Ukraine without orphans” – All – Ukrainian  christian movement which has a mission to reach out to each orphaned kid with authentic care and to give them an opportunity to be raised in loving family and to prevent orphanship in Ukraine.At the first day of the conference there was a press conference where the initiators of the alliance were speaking about the main goals and tasks of it.

The special guest of the conference was a president of the Charity Fund “Pilgrim”, founder of the largest at the territory of Former USSR rehab center for children “Republic Pilgrim” – Gennadiy Mokhnenko who came to the conference alongside with his team. Pastor Gennadiy was speaking about  essential role of mass media in the work with kids, abou the necessity to make propaganda of adoption, to work with families.

Pastor also pointed out how important information is in the achievement of the purpose “Ukraine without orphans”. Among lots of interesting information about the approaches of work with orphans brought by different organization  there was material given by the charity fund “Pilgrim” like DVDs with Tv programs “Two briefcases”, messages of pastor Gennadiy Mokhnenko as well as his newly published book “Non pedagogical poem” about the unique work with the kids of the most complicated social category.

In the program of the conference there was a presentation of one of the most successful international charitable organization “Compassion International (the USA). There was also thematical seminars and workshops for different departments of ministery to orphans, they also could exchange their experience between local and international experts in the sphere of protection of rights of the kids, the book by Den bruster was introduced “Child, mission and church”. At the very end of the conference the was a solemn signing of memorandum of the members of “Ukraine without orphans”.

Pastor Gennadiy Mokhnenko: ” i am sure there are thousands of people in Ukraine who would be able to take this brave step – to adopt a child. Love to a kid one adopted will come by itself as soon as you hold your child, as soon as accept it in your heart. We’d like to encourage everybody who has it in their heart – to have a child. Teenager, little, it’s not important… We’d like most of all for those kids to be adopted by Ukrainians. But we can see that not so many people make this important decision  Adopt a kid from any orphanage. But presently the situation is that quite a few people decide to adopt so  it is better for these kids to eb adopted by foreigners but to grow up in family that to be raised in an orphanage where they will have a lack of love, attention and care”.